With the increased interest in outdoor activities and being out in nature, there has also been a renaissance in bird watching. It is a simple activity that is suitable for almost everybody, and birds are around us almost everywhere we may be. In the areas surrounding Östersund and elsewhere in Jämtland there are many opportunities to experience birdlife in different environments. And the beauty of it all is that it’s up to you to determine your level of adventure. Anything from checking out different types of ducks in Badhusparken in central Östersund to a longer outing in forests and fields. What’s more, birdwatching is a year-round activity, even if the diversity and intensity are greatest in spring and summer.

Binoculars both enable and enhance the experience. And you might like to have a bird book with you. Remember to be considerate, avoid disturbing the birds (especially during the breeding period) and, obviously, never leave any rubbish behind. 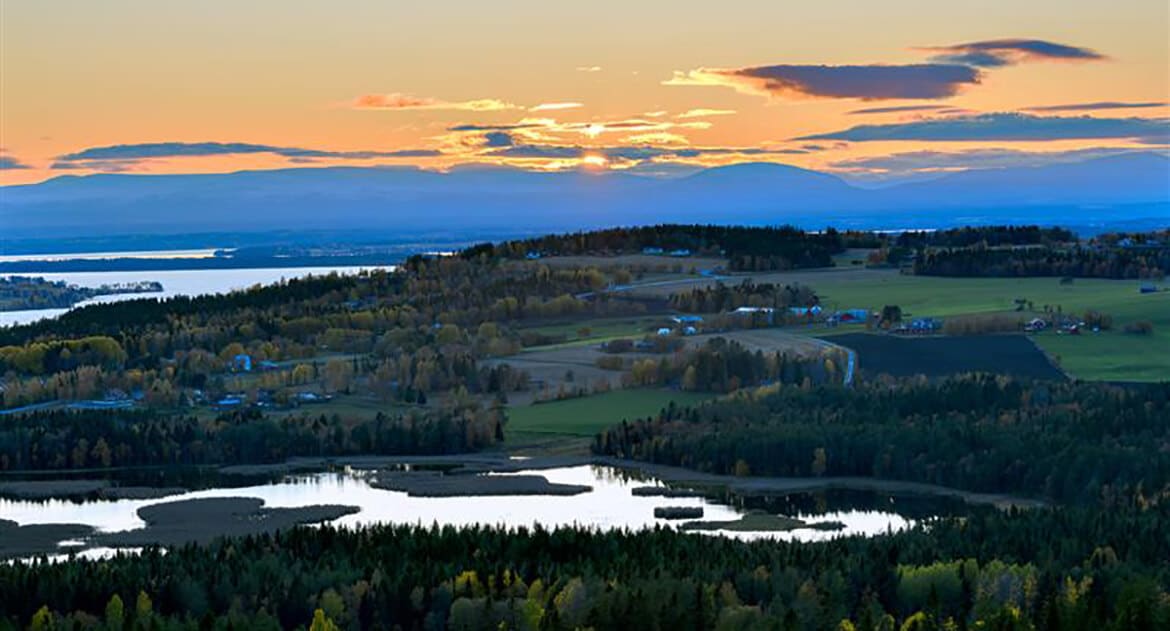 One of the prettiest and most accessible birding sites is without a doubt Ändsjöns nature reserve on Frösön island. A constructed walking trail of 3 km circles the lake and there is a birdwatching tower on the northern end. Please note that the birdwatching tower on the southern end that is mentioned in some descriptions has now been removed. The lake is shallow, surrounded by a lot of reeds, and there is a great variety of species here. You can’t avoid seeing or hearing the large colony of black-headed gulls. There are large numbers of different species of ducks, such as the great crested grebe, horned grebe, common pochard, coot and common teal.

A pair of cranes usually breed here, as does the marsh harrier that is often seen hovering over the reeds looking for prey. There are different types of small birds in the forest surrounding the lake. In late spring and early summer, the bird song is intensive, especially in the mornings and evenings. The robin’s song is beautiful, the blue tit usually searches for food in the reeds, and the larger woodpecker can often be heard drumming on tree trunks. 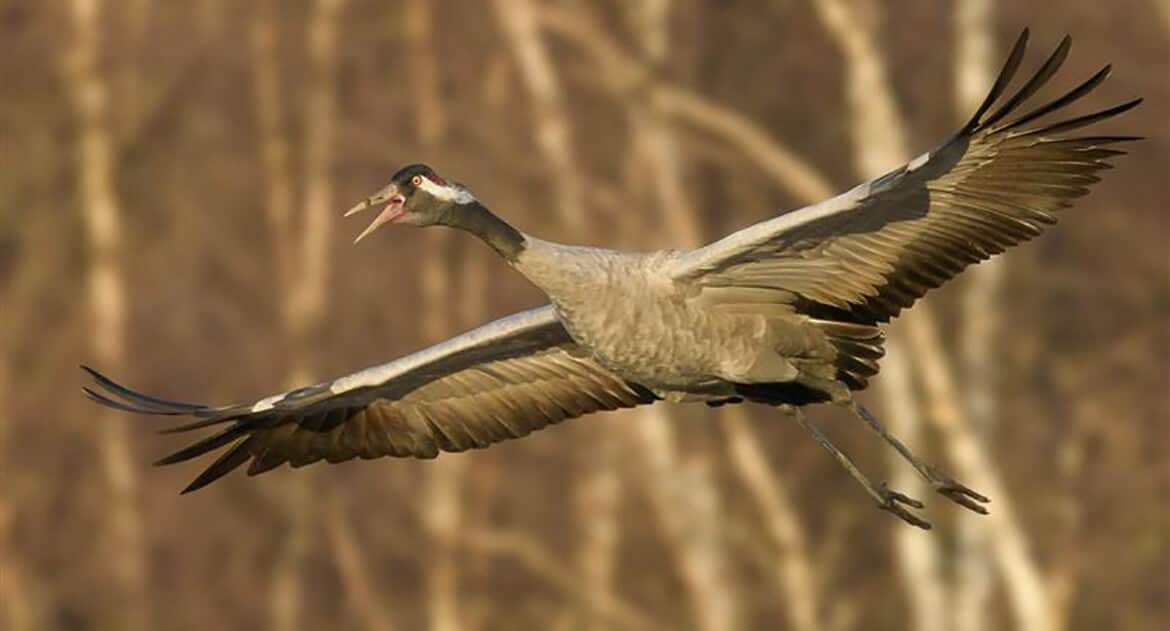 Another lovely birding site close to Östersund is Tysjöarnas nature reserve, just west of the city along the E14. You will also find walking trails around the lake here, as well as several birdwatching towers. Additionally, a long wooden ramp has also been built to make the area accessible for wheelchairs and prams. There are also resting areas and toilets. The lake is both a resting place for migrating birds and a breeding ground for several species. Many different wading birds live here, such as the redshank, common curlew, and the common and little ringed plover. 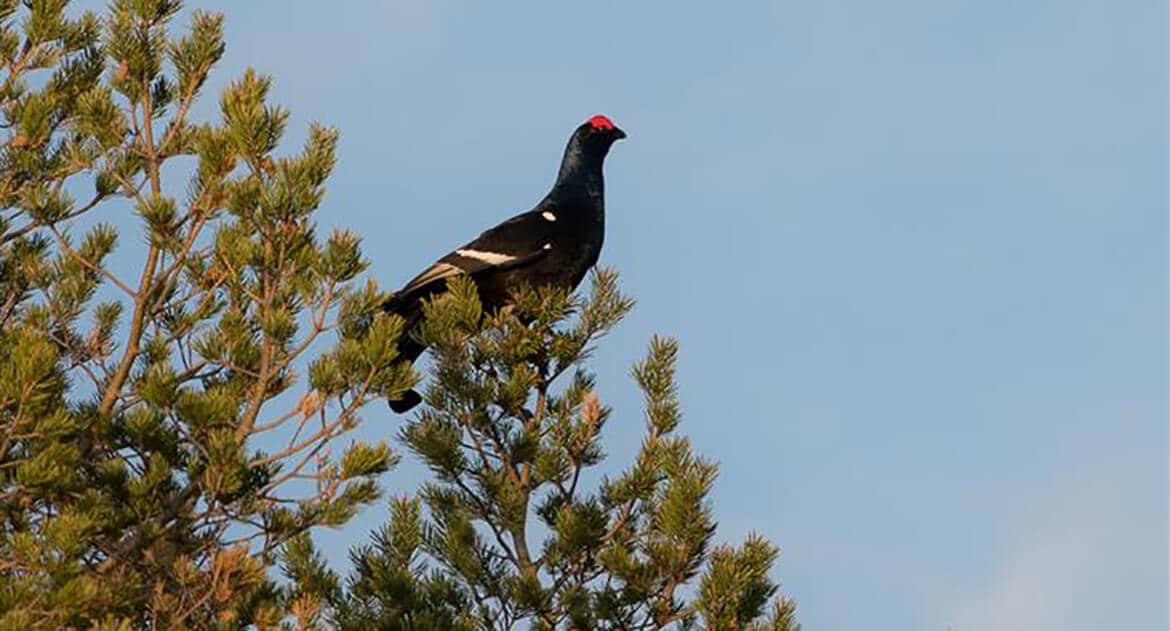 On Frösön and around Östersund there are many fine forest areas for experiencing a somewhat different birdlife than at the bird lakes. Small birds dominate the forest environments, with different tits being common including the blue tit, great tit, willow tit and the peculiar wood nuthatch that creeps along tree trunks with its head down, and different finches can be both seen and heard. But you can also find larger species such as different grouse, and with luck a black grouse might even make an appearance. The larger woodpecker is fairly common and easy to locate due to the sound it makes when pecking at tree trunks.

Both the goshawk and the sparrow hawk search for food here, but you often only catch a glimpse of these species as they skilfully navigate speedily between the tree trunks. The common kestrel can also be spotted in forests next to open fields. A good tip for seeing birds in a forest milieu is to find a small glade in the forest that creates an overview, preferably where you see or hear that there are birds close-by. Then you simply sit there and let the birds come to you. When you sit still, the birds dare to approach often coming very close. One example of a very pleasant forest area is the top of Frösöberget hill, where you can start from the viewing tower and follow different trails into the forest. And as a bonus, you also get a lovely view of Lake Storsjön and the city. A visit to Frösöberget can be easily combined with a visit to Ändsjön lake.

Another pretty area is Andersöns nature reserve, just over 10 km to the west of Östersund. It has walking trails, and resting and barbecuing areas have been built. It is a lovely forest milieu interspersed with cultural and agricultural landscapes. In spring and early summer, the common curlew, lapwing and crane can be spotted in the open fields, and chaffinch sing in the forest. The larger woodpecker can often be heard from afar and is easy to locate due to the characteristic sound it makes when pecking at tree trunks. 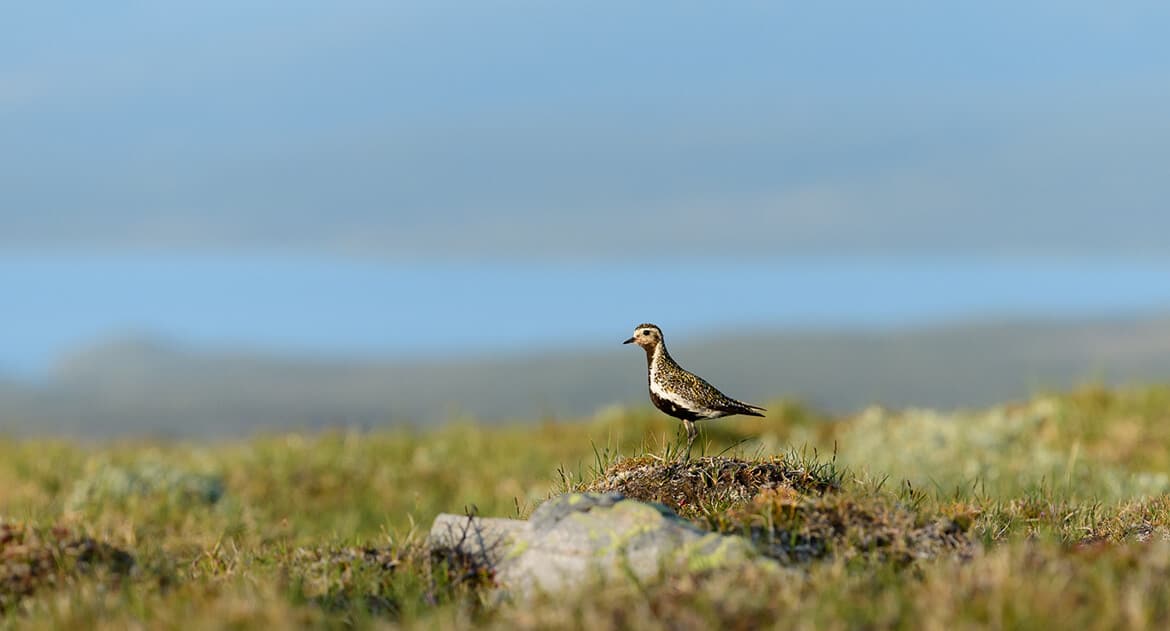 The birdlife of the mountains differs in several ways from other environments, with a range of different, specific species. In the mountain regions, the quantity of birds may not be as great, and the higher up you go the smaller the number of species. On the other hand, there is an advantage to being in the open terrain where you can see very far. In more lowland mountain terrain, you may see the beautiful bluethroat, the brambling which has a characteristic call and the meadow pipit. This is also where our smallest falcon, the merlin, hunts. The white-throated dipper likes to be close to larger flowing watercourses.

On the open mountainside one of the typical birds is the golden plover, and you have a good chance of seeing both the willow ptarmigan and the rock ptarmigan. The redshank can often be spotted near wetlands, and if there are plenty of rodents around, then you may well see the rough-legged hawk soaring in the sky, and with luck perhaps a long-tailed skua. At higher altitudes, the dotterel, northern wheatear and snow bunting are typical species.

Several mountain areas are located within an hour’s drive of Östersund, including Bydalsfjällen, Vålådalen and Åreskutan. A further 45 minutes to the west brings you to some other interesting birdwatching areas, in the mountains around Storulvån and Storlien. If you are in this area, we also have to highlight Ånnsjön lake, which is considered to be one of the finest birding sites in Jämtland. Its location next to the mountains creates the right conditions for the lake to host a diversity of species that have lake, wetland and mountainous habitats. There are several birdwatching towers and constructed trails here.

That’s just a small selection of the birdlife. There are so many possibilities and you can choose whatever tempts you most. Grab your binoculars and experience the birdlife!

Find out more about the birding sites around Östersund and in Jämtland at the website of Jämtland county’s ornithological society . 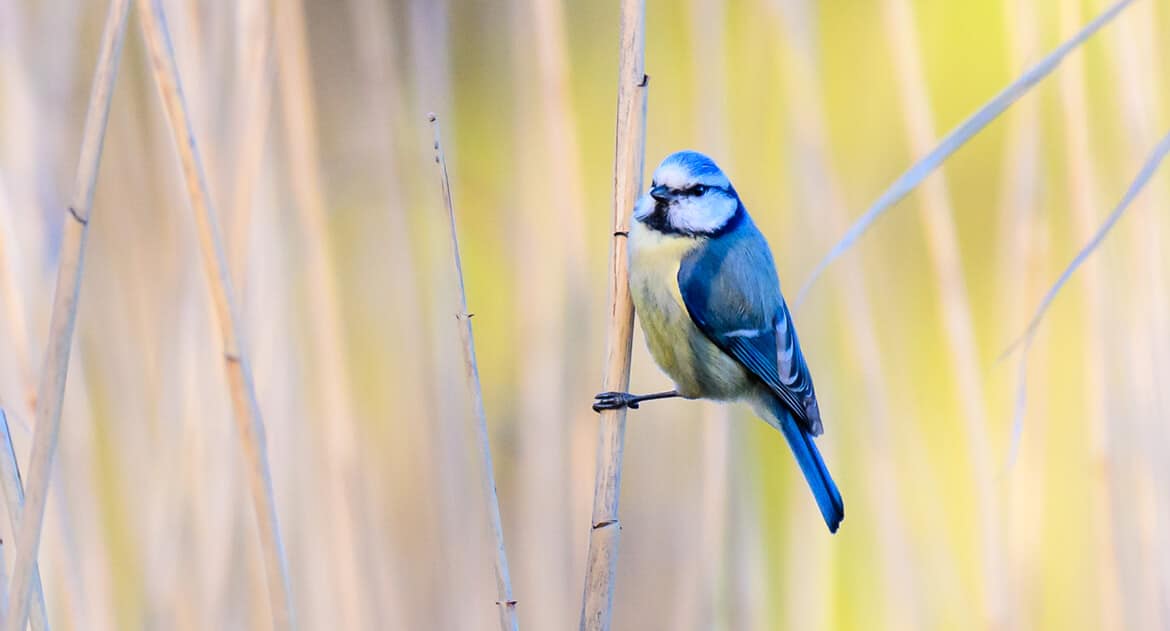