Pilgrimage near the city

Not far from the centre of Östersund, you will find the northernmost pilgrim trail in the world, St. Olavsleden.

The trail goes from Selånger in the east to Trondheim in the west, and is some 580 km long. But exploring a shorter section is just as pleasurable. On trails, gravel and tarmac roads the route takes you through forests, along lakes, over mountains, through villages and historical sites. All following in the footsteps of Olav the Holy*.

Explore the route starting from Östersund. From Badhusparken, you follow the red signposts that lead you over to Frösön, and a possible detour to the world’s northernmost rune stone. The trail then follows Lake Storsjön southbound, before it turns off towards Trefaldighets spring (“Trinity Spring”) at the foot of Öneberget hill, a place to both quench your thirst and perhaps gain some of the healing powers that the water is said to possess. The trail continues around Ändsjön’s nature reserve, before it leads upwards towards the village of Vagle and Frösö church, which has St. Olav as its patron saint. The church dates back to the 1100s and has magical views of Lake Storsjön and Oviksfjällen mountains.

A snack, a spa or onwards in St. Olav’s footsteps. Just beyond Frösö church you’ll find Stocke Titt, which has a café during summertime. Stop here for a well-deserved snack with a view. If you long for a slightly more luxurious reward, then continue down the hill to Frösö Park Hotel and Spa. Chill out after a day of hiking and rest your tired feet, treat yourself to a moment’s relaxation in the spa, something tasty from the menu, and maybe a good night’s sleep. From here, you can either continue along the St. Olavsleden trail towards Rödön, Åre and the Norwegian border, or get a bus back to Östersund.

Combine the train and St. Olavsleden. Norrtåg trains operate large parts of St. Olavsleden with several stops along the route, including Östersund. So, if you would like to walk shorter distances without needing to go in both directions, combining your hike with the train is a good option. Find out about timetables and stops at norrtag.se.

*The legend of Olav Haraldsson is an exciting tale of the Nordic Viking king that after spending time in exile started his journey back to Norway to take the throne. He came ashore in Selånger and started his travels westbound in 1030, but he died in battle in Stiklestad on 29 July. Mysterious things began to happen after his death and Olav Haraldsson soon became Olav the Holy. His body was moved to Nidaros and since then pilgrims from all over the world have followed in his footsteps, and they still do so today.

Maps, lists of accommodation and more information are available on the official St. Olavsleden website.

If you want tips from other hikers, we recommend the Facebook group “Hiking along St. Olavsleden.” 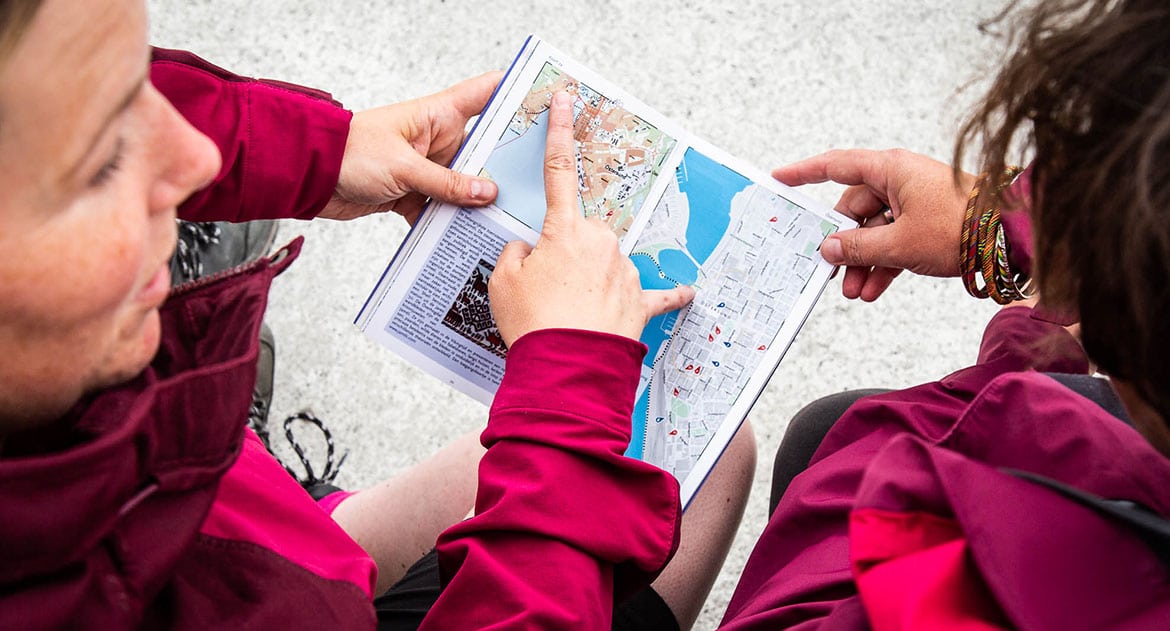